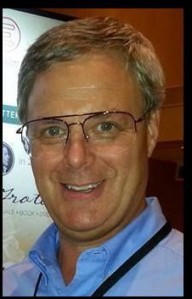 Speed skating is a Dutch sport. It originated in the 14th & 15th centuries when people figured out how to make a blade run on the ice. They began skating on their frozen canals as a form of transportation. Then, like good sports everywhere, they figured out how to race with skates.

The Dutch are true fanatics of speed skating. They all wear orange. They paint their faces. They wear funny orange hats. They even have their own band called “Little Beers” that travel with them to each event. Every ice rink is home field advantage for the Dutch because their fans go to every race in Europe. Nobody tells the Dutch that they have to go to the speed skating races. They go because they love it. They love the sport. They love each other loving the sport. They wouldn’t think of missing it.

The Dutch speed skating fans are a good metaphor for the Christians in Acts 2: 46-47 who “met together every day in the temple courts, breaking bread and eating together with glad and sincere hearts, praising God and enjoying the favor of all the people.” Nobody had to tell them to meet together every day in the temple and eat together from house to house. They spent time together because they loved Jesus together. They loved each other loving Jesus. They wouldn’t have thought of missing it.

The kind of love that builds a body of believers isn’t just a human love. It isn’t “affinity group love”, a love built on commonalities of education, income, race, outlook or profession. It’s supernatural love. It’s an affinity built on the Christ we have in common, the salvation we have in common, and the continuous life-change we are experiencing together in him.

There are some hurdles to building this kind of community. It requires vulnerability, enough transparency to talk about what God is doing in our lives. That takes trust. It also requires belief that we are just as needy before God as the neediest person in the church. That takes humility. Finally, it takes commitment, the determination simply to show up and be part of what is going on. That takes, sacrifice; maybe not as much as painting your face orange and riding trains all over Europe to shiver while others race, but sacrifice nonetheless.

As churches grow in size it becomes more and more important that they build those connections with each other. Some churches do it with small groups on week nights, others through Sunday school programs and various Bible and book study ministries. Whatever your church does I encourage you, as you gather, to build the trust that enables vulnerability, to share with others what Christ has done and is doing in your life. Acts reports that as the early church did this, “the Lord added to their number daily, those who were being saved.” I believe that as you build koinonia in your church, he will do the same.

daneskelton Dane Skelton is a pastor and author living in South Boston, Va. He writes for unfoldingWord.org and has appeared in Christianity Today, World Magazine, American Motorcyclist, and The Gazette Virginian.
Published October 21, 2015October 21, 2015